Although the forecast predicted cloudy skies with a chance of thunderstorms, An and Dan were eager to experience Yosemite for the first time together. Right off the bat at Tunnel View, An and Dan were happy and playful, making my job very easy. At each location, Yosemite provided a stunning backdrop for our couple, whose emotions of love and affection emerged naturally.

When the idea of shooting at Taft point overlook was given, An was very scared at first, as she is afraid of heights. However, with some help from Dan, we convinced her to stand near the edge for photos. During this whole time, Dan stated words of encouragement and once she locked eyes with his, a sense of comfort took over her, allowing her to conquer her fears.

After our final shots at Taft point, we felt the first few raindrops falling from the sky. Shortly thereafter, the roaring sound of thunder echoed through the overlook and rain hammered down on us like bullets! The 1 mile hike to our car that followed felt like eternity, but provided memories that would only make us laugh years later. As a photographer, I experienced many firsts over the years, and this was the first time we got wet from an engagement session.

Despite the pouring rain, An and Dan cracked jokes during the hike and remained cheerful and positive. Their sense of optimism makes me look forward to capturing their wedding day. 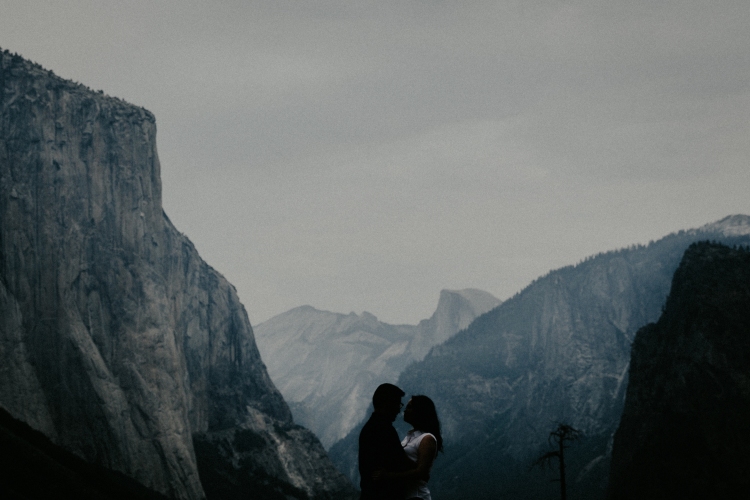 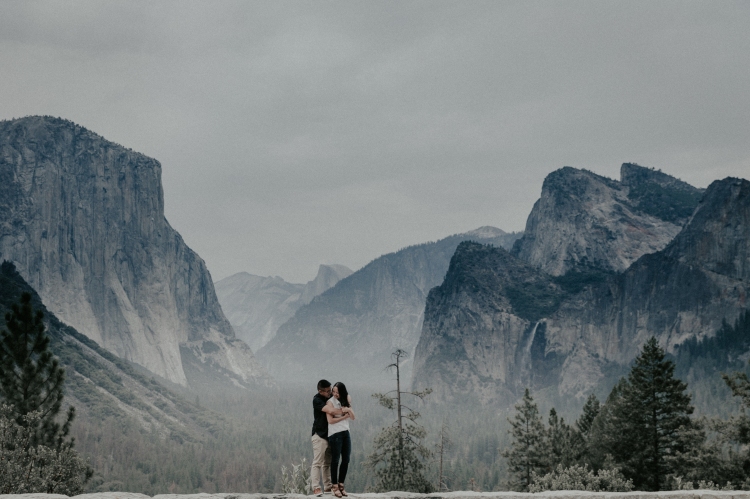 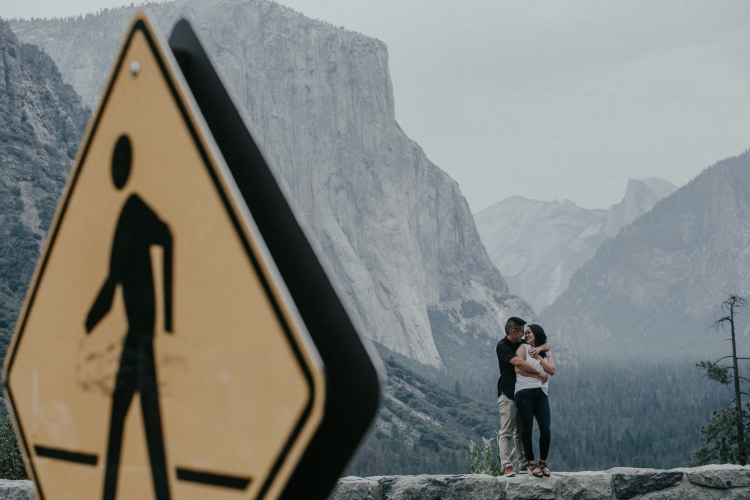 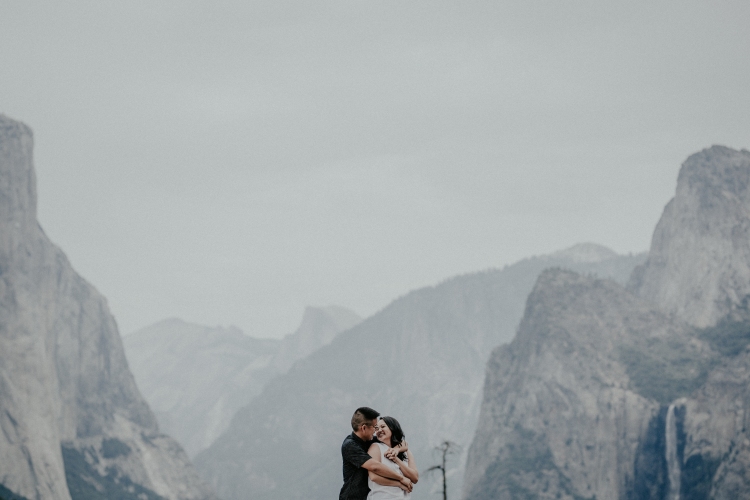 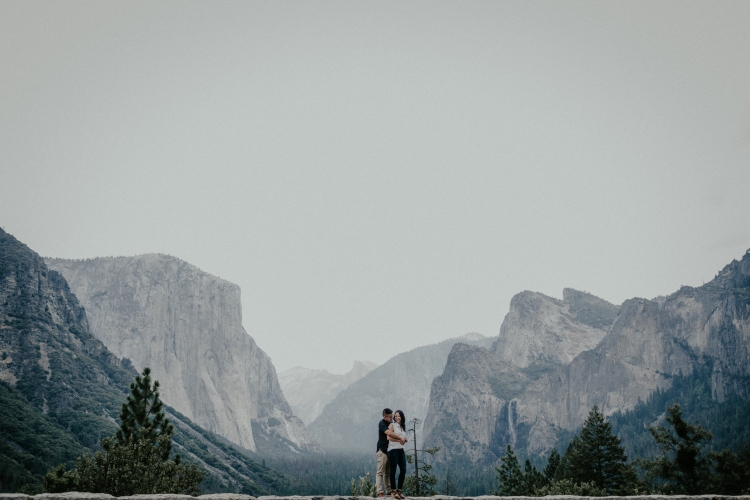 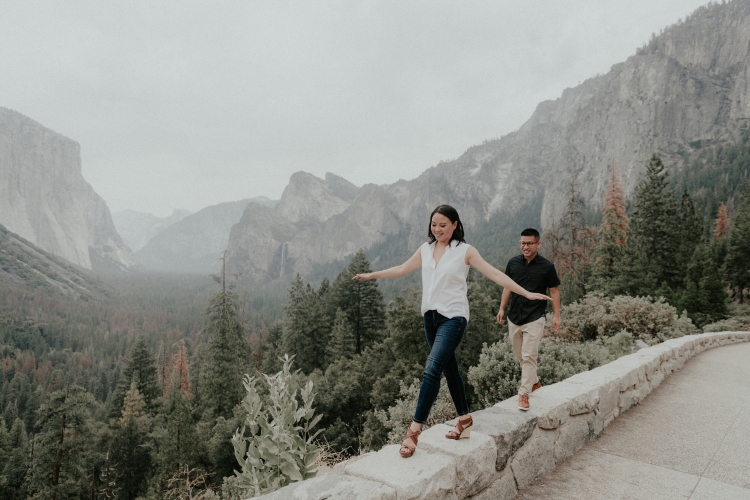 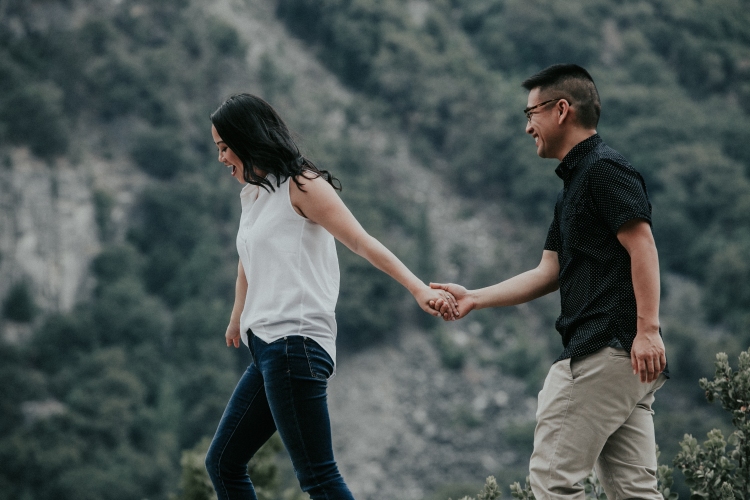 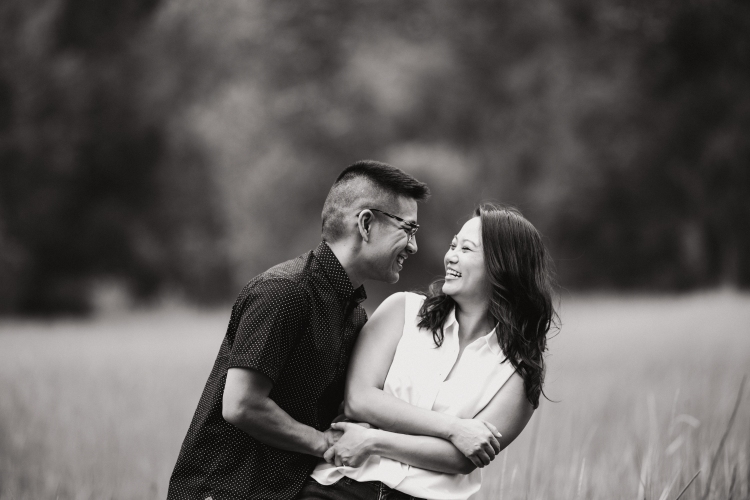 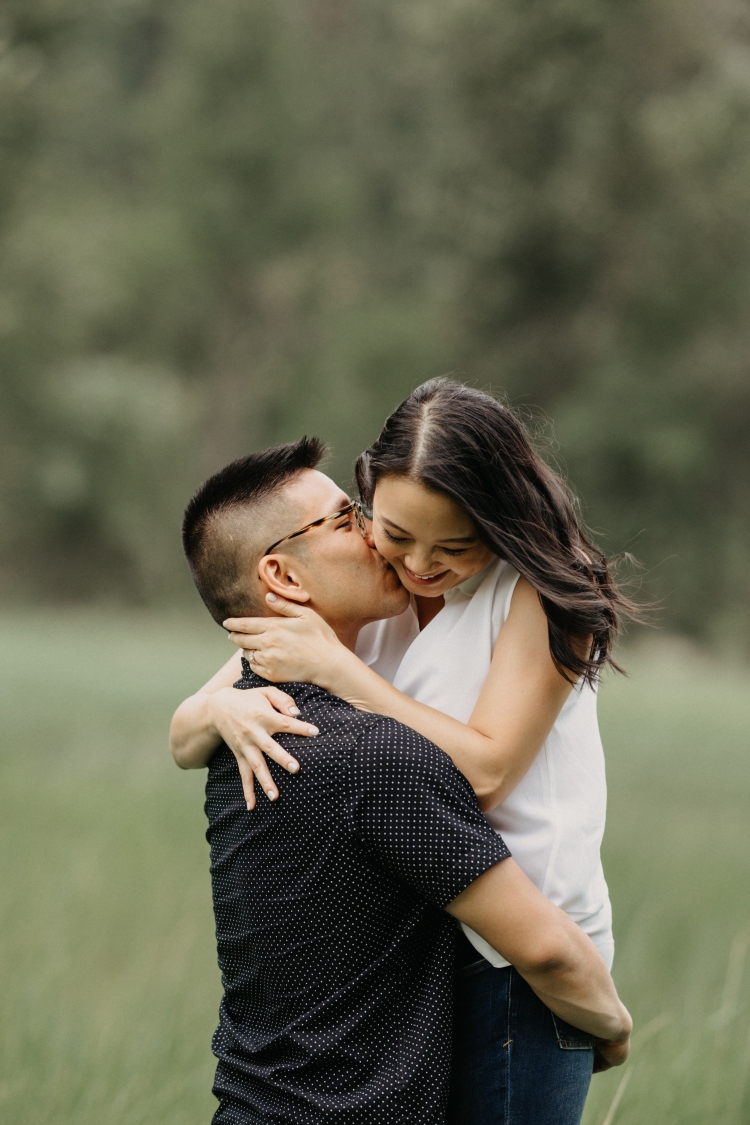 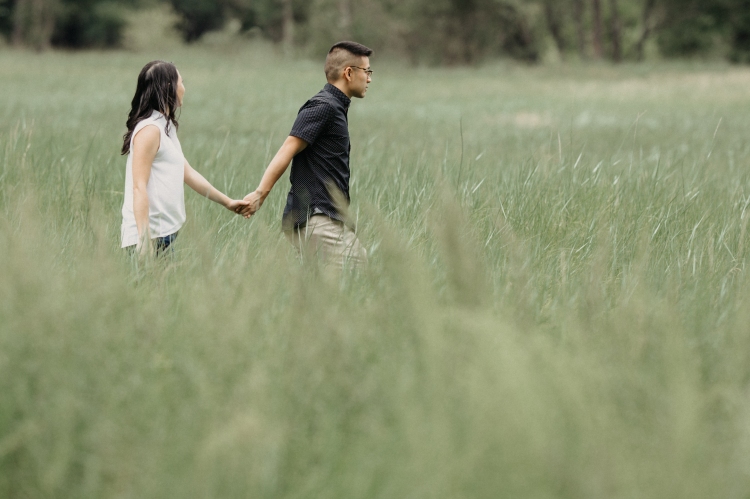 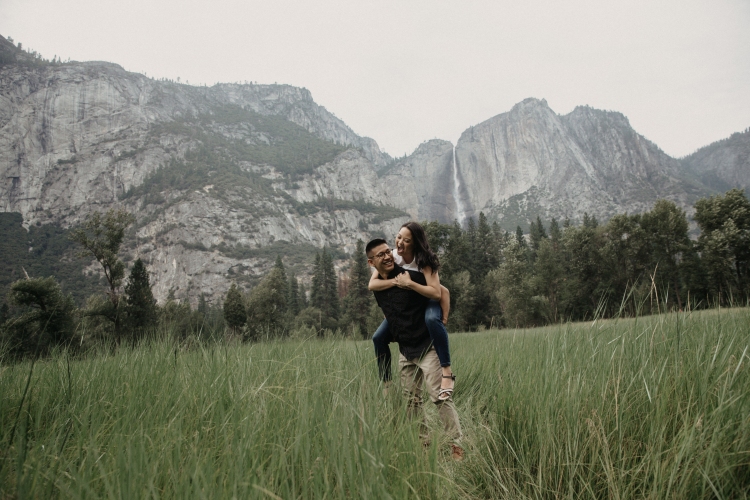 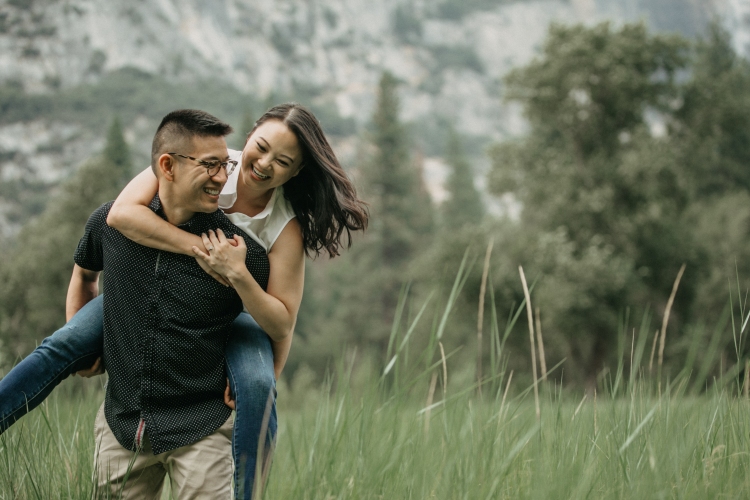 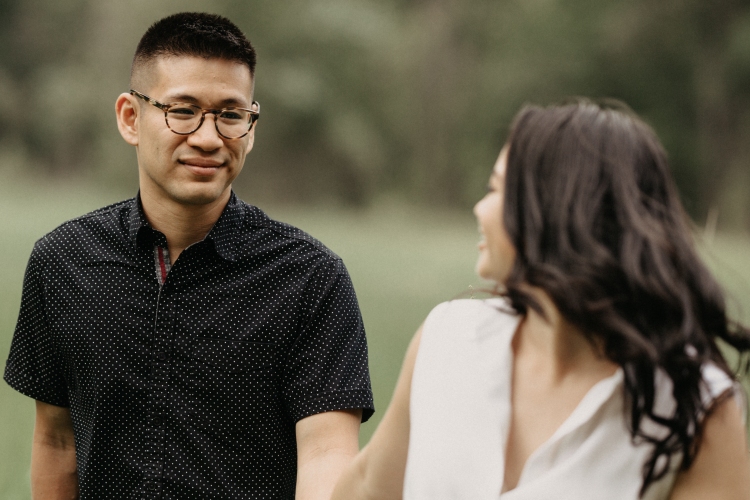 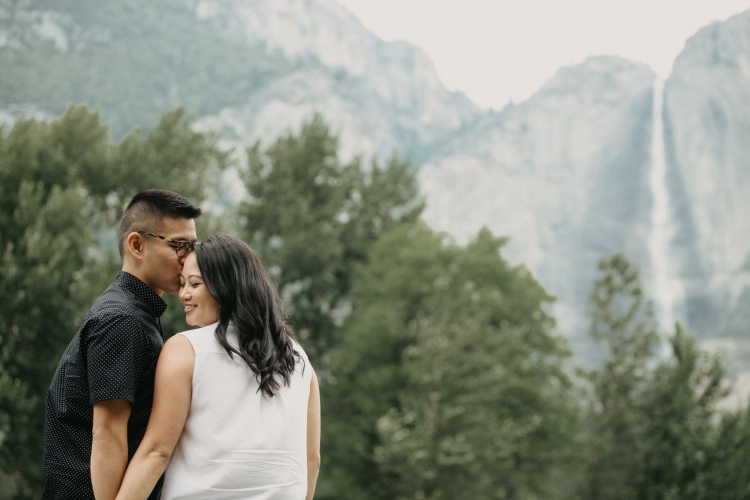 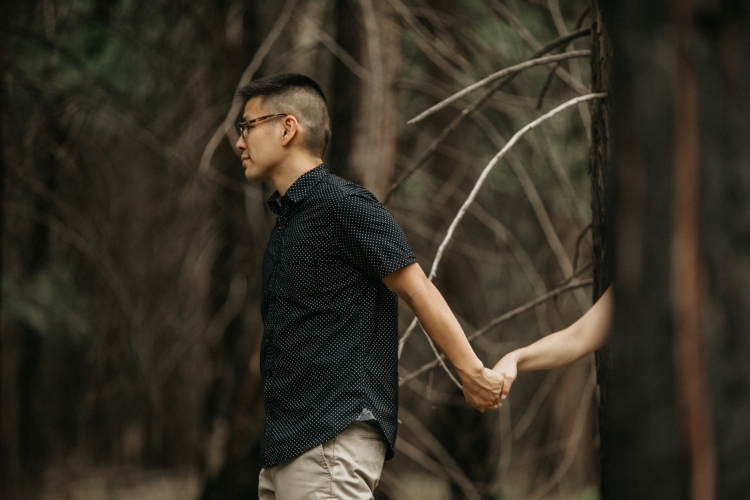 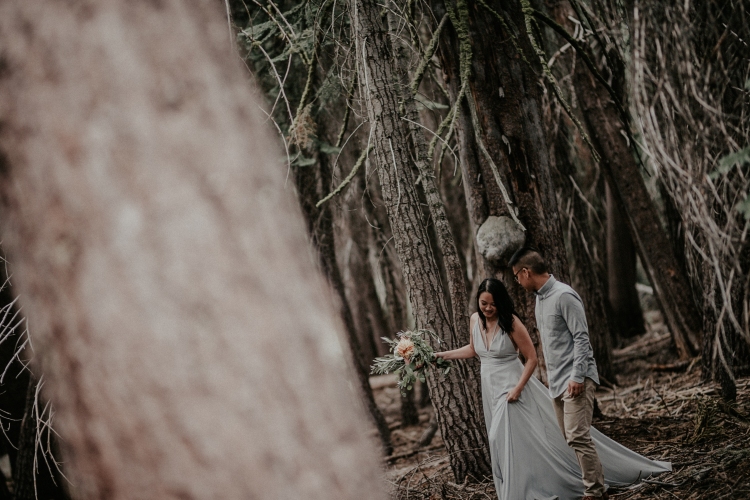 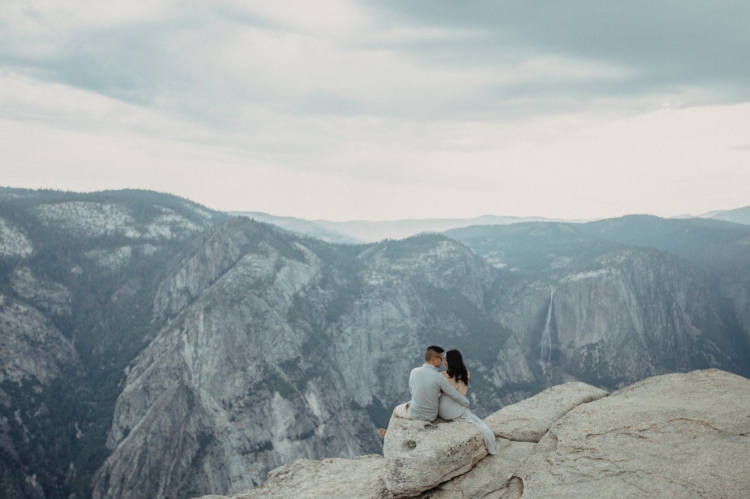 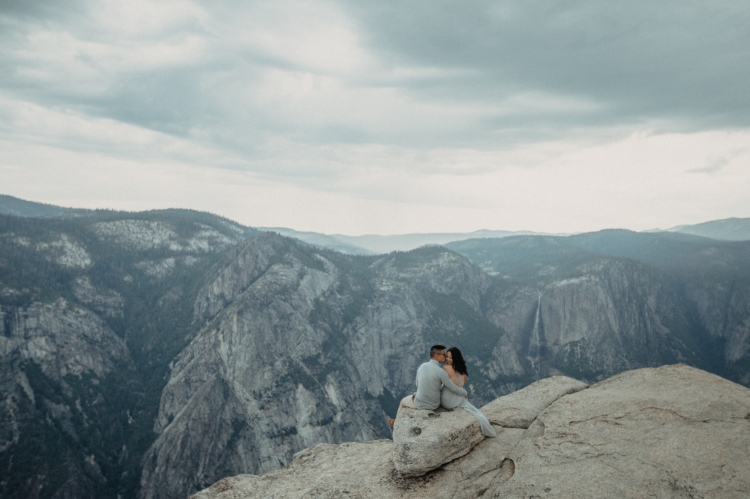